The European Commission is responsible for proposing legislation and ensuring that it is correctly implemented.

However, decisions on taxation (whether to approve a legislative proposal on taxation) are taken exclusively by the Council of Ministers of the EU and by unanimity, in accordance with Article 113 of the Treaty on the Functioning of the European Union: 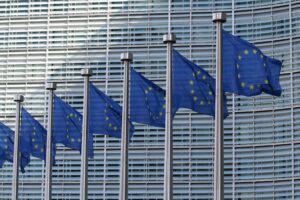 “The Council shall, acting unanimously in accordance with a special legislative procedure and after consulting the European Parliament and the Economic and Social Committee, adopt provisions for the harmonisation of legislation concerning turnover taxes, excise duties and other forms of indirect taxation to the extent that such harmonisation is necessary to ensure the establishment and the functioning of the internal market and to avoid distortion of competition”.

In its 2019 Communication and again in its 2020 Work Programme, the European Commission mentioned its intention to make progress on a proposal to move gradually away from unanimity voting at the Council.

Council of the European Union: